After 12 months of development and safety testing, Cowes based SeaSafe Systems has now commenced full scale production of QUIKSLING – an innovative new MOB recovery system that, in the years ahead, may come to be regarded as the most significant advance ever in aiding the quick recovery of in-water casualties. QUIKSLING was invented by George West, a pilot boat coxswain who was motivated by the recognition that fast recovery is absolutely critical, especially in sub-zero temperatures with the prevalent risk of hypothermia, and following his own experience of MOB recoveries at sea. His vision therefore was to create a better first response throw-out device to speedily capture someone immersed in water, in the same quick way that a lifebuoy would be thrown out. Jeremy Dale, Managing Director of SeaSafe, explains how QUIKSLING works:

“It throws out like a life ring and the rescuer activates the chest sling with a sharp tug on the rope. Deceptively simple in both appearance and use, it will work in all weather and sea conditions. QUIKSLING’s frame is easily lifted over a rescued person, with the wide open loop allowing for easy entry in the roughest seas and an inflated lifejacket will not impede that entry. “Once inside the hollow, the casualty is inside two slings: a chest sling detachably mounted to a leg sling. Without prompting, the casualty’s arms rise up and drape out over the frame, leaving the way clear for the rescuer to tug the tension-activated chest sling inwards from its detachable mountings and capture the casualty under the armpits. The frame provides flotation while the casualty is being drawn closer to the rescuer and the double sling recovery ensures a safe low ‘deckchair’ posture for the hoist aboard. Prior to lifting out, the frame needs to be plunged under water but the rigid shape of the frame means this is easy to achieve. This will then form support for the legs and ensure a comfortable and level lift from the water. This is one of the safest postures for MOB recovery to avoid cardiac problems and is recommended in a new SOLAS regulation that requires ship specific plans and procedures to be in place for the recovery of persons from the water.”

Commenting on his own experience of trialling the use of QUIKSLING, Andy Brown, Coxswain, Peterhead Lifeboat, said,

“After undergoing several sea trials it became apparent that QUIKSLING had exceeded my expectations in every way. From the moment the casualty entered the rescue sling until being safely onboard the vessel, man overboard recovery was seamless. In particular, when the casualty was brought alongside – often the time of increased risk – there was no delay in hoisting them up and aboard, safely out of the water. “I found the QUIKSLING rescue sling easy to set up and operate within only a few minutes of seeing it. This, I feel, allows this unique device to be used on any vessel whether in the leisure or commercial sector. I look forward to seeing QUIKSLING going into commercial production and believe that it will have a positive impact on sea safety in the future.”

“QUIKSLING has already generated significant interest from around the world and we are really optimistic about its prospects. More importantly, we believe QUIKSLING can play a major role in sea safety in the future and will come to be regarded as a ‘must have’ MOB recovery system for all vessel owners and skippers”. 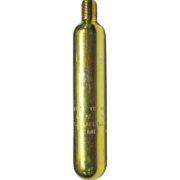 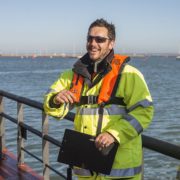 Well packaged and easy to fit 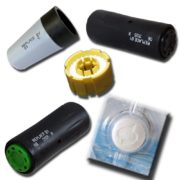